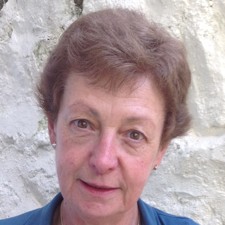 Anne O’Connell is a chartered psychologist with the Psychological Society of Ireland, with a First Class Honours Degree in Psychology and a Master’s Degree in Clinical Psychology, both from UCD. She then trained in neuropsychology at the National Hospital for Neurology and Neurosurgery in Queen Square, London, under the auspices of the eminent neuropsychologist Dr. E.K.Warrington.

Back in Ireland, Anne developed her practice in neuropsychology (encompassing people of all ages with head injuries, central nervous system difficulties and traumas) which included a large medico-legal element. She also worked with the St. John of God Brothers for over 20 years, contributing to the services for people with learning disabilities, adults with mental health difficulties and elderly people with psychiatric needs. She also coordinated and supervised the training scheme for clinical psychologists, which was ultimately developed with the HSE into the Doctorate in Clinical Psychology based in Trinity College Dublin, and Anne was the Assistant Director on that course for three years.

Anne then moved to the National Rehabilitation Hospital in Dun Laoghaire where she worked for nine years, providing service to people with head injuries and spinal injuries, and to the children’s team. She is currently working full-time in private practice, and specialises in working with people who have sustained physical and mental trauma or who have systemic central nervous system difficulties. She provides comprehensive neuropsychological assessments for individuals and for Court purposes, and also sees people on an individual therapeutic basis. In this regard she has given evidence in Court many times.